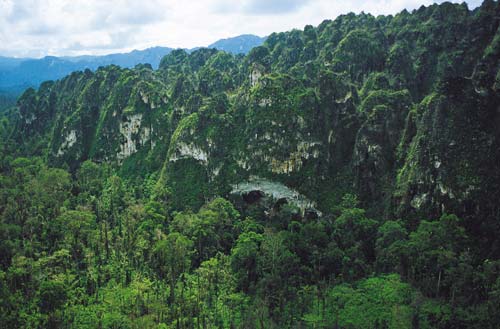 The archaeology of Borneo 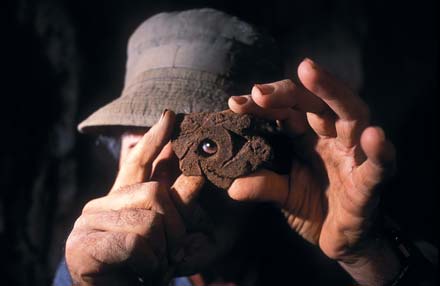 Gua Tengkorak seen from the sky and from the interior, where the first excavations were carried out in 2003 by Franco-Indonesian teams. They will confirm a human habitat in the caves at the foot of the cliffs, dating back to 12,000 years BP, i.e. well before the arrival of the first Austronesian migrations. 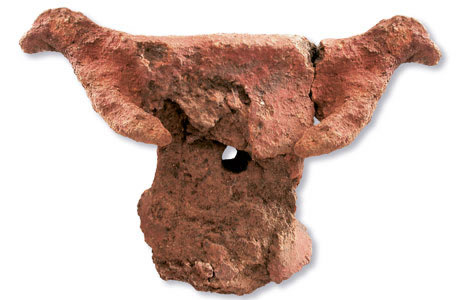 After long years of surface prospecting that suggested a rich prehistoric past, a Franco-Indonesian cooperation program was set up in 2003 with the Indonesian National Center for Archaeological Research.

The first soundings revealed fairly long-lasting occupations, marked by frequent interruptions, without the technical and cultural continuity of the settlements being appreciably modified.

In parallel with these material data, the dates we obtained (before 8,000 BP, and at least over 12,000 BP) confirmed occupation at least before the end of the Pleistocene, which extended beyond the appearance of ceramics (around 3,500 BP) to periods and cultures of proto-contemporary Austronesian type such as the Dayak and Punan.

The main surprise of these excavations is to have brought to light a new type of burial in Borneo, with characteristic ceramic sherds, close to lapita, which until then had only been found in eastern New Guinea.

The extension of the excavation areas will probably provide some answers to what remains a real enigma. 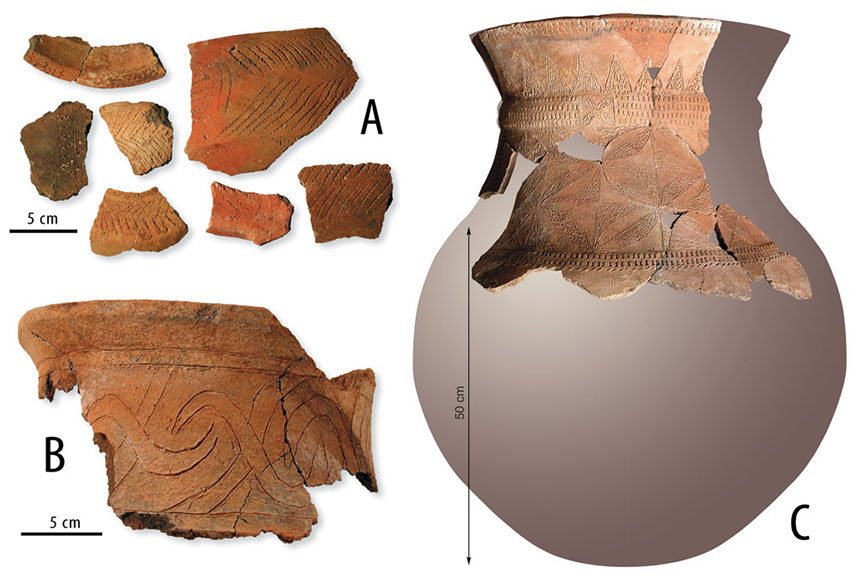 A: Examples of ceramics with cardial decoration (using a cardium shell), found several times in the Marang Mountains, while it is quite exceptional in northwestern Borneo.

B: Neck of large funerary jar (because associated with human bones and underfired) decorated with alternating curvilinear patterns from a high gallery in Gua Keboboh.

C: The largest of the funerary jars found so far in Borneo (Ilas Kerim), decorated with alternating curvilinear patterns in strata that could correspond to the different stages of initiation of its owner. These decorations are strangely similar to the morphology of the "Lapita". 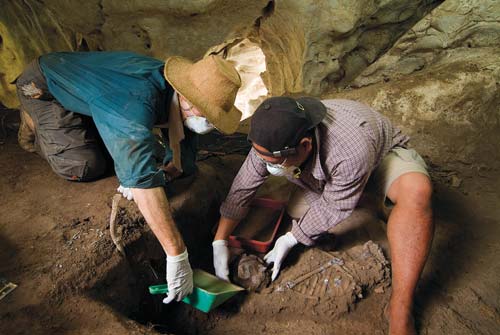 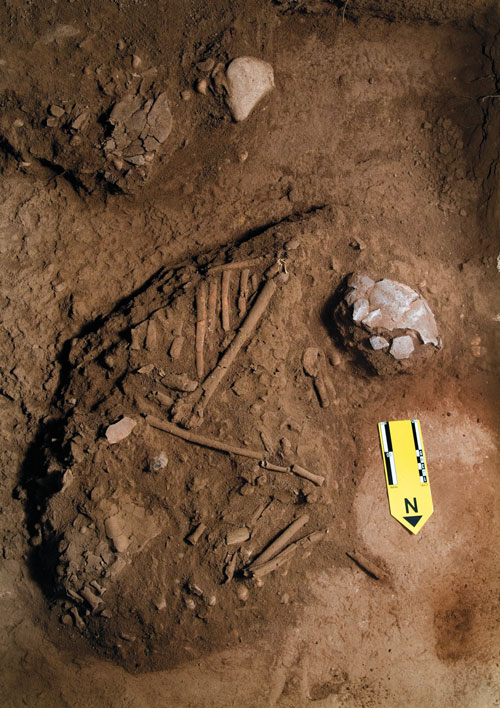 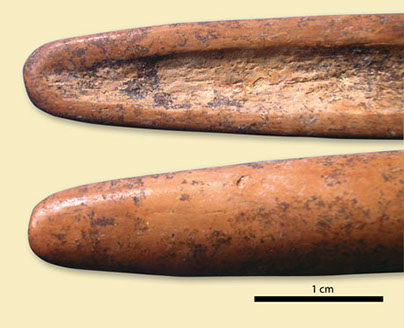 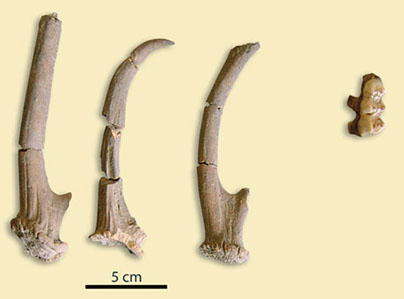 In the boreholes, mixed with deer and wild boar, many fragments of shattered turtle shells appeared. In particular, an almost complete plastron, with traces of ochre inside. It could be a mortar or a container. This use of turtle shells (as well as freshwater bivalve shells) as an ochre palette is cited in ethnographic literature. The tortoise is stored there in the bestiary of the spirits, if not sacred, at least influential, with whom one must maintain respectful relations to ensure that they remain beneficial. Very frequent in the petroglyphs of Oceania and Eastern Insulinde, it appears only five times in the inventory of the paintings of Borneo.

Excavation and sampling of a grave in Gua Keboboh for DNA analysis and dating at 14C.